I've just uploaded the latest version that includes the GM interior demo. Please note that there are only a handful of building types complete at this stage, so it may take a bit of hunting to find buildings which you can actually enter.

As I mentioned in my last post I was planning to release the GM interior demo by today. However, I'm going to need a little longer than I had anticipated. Release should be tomorrow afternoon-ish. Sorry for the delay.
Posted by AdminPwn at 07:59

A couple of work in progress shots showing off just some of our many props: 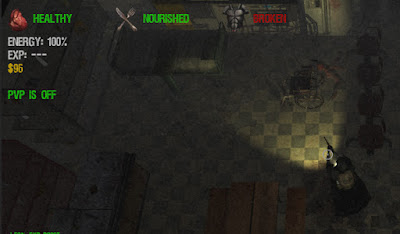 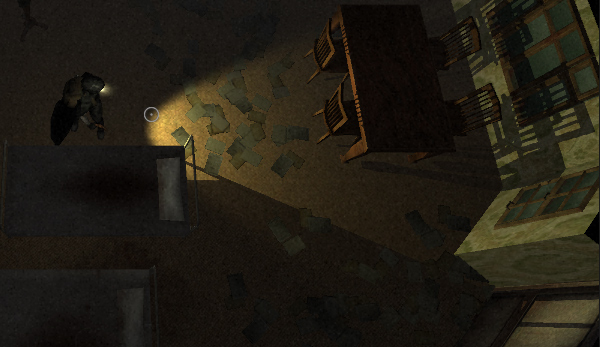 My plan was to release a handful of basic interiors sometime tomorrow, which I could still do. However, these interiors really are very simple (only one floor, very sparse design-wise etc) and there are still a fair few bugs I need to work out. Honestly I think you guys would be very disappointed if you saw these. Therefore, I've decided to delay things another week so that I can least get most of the bugs figured out, get the multiple floor system finalized and make them look a bit more interesting.
Here is my release plan:
1. Some interiors towards the end of next week. I'm aiming to have about 5 different building designs complete. This will be a GM only release.
2. Approximately 1 week later, I will release the barricading and personal outpost system for GMs.
3. Another 1-2 weeks later, I will release the full interior and barricading system for everyone. We should have about 35 building designs, each with a lot of random variations. And of course, all bugs should be completely ironed out by then, based on GM feedback.
inb4valvetime
Posted by AdminPwn at 04:57

Just a quick note to say, if all goes to plan some basic interiors should be with us in a week or so.
Posted by AdminPwn at 10:08

Note: This was an April fools joke, we are not actually going to be taken over by Disney!
For quite some time I've been receiving various proposals from companies wanting to buy Creaky Corpse Ltd and/or Dead Frontier. In the past I've always ignored these potential deals, as they never really seemed serious and the companies in question didn't seem like they would do much to advance DF in the long term. However, a few months ago I was contacted by Disney®.

At first I was incredibly sceptical, why on earth would a kid's entertainment company want to add a violent game to it's portfolio? Still, they are incredibly large outfit and I was intrigued to see what their proposal would be (the free first class flight out to California was a big plus too!)

After several weeks of discussion, I've finally come around to the idea and I'm pleased to announce that I've just signed the paperwork. As of the May 12th, Creaky Corpse Ltd will become part of Disney® 's online gaming portfolio.

First of all, I want to reassure you all that this a good thing for Dead Frontier. I know many of you have been unhappy with the speed of updates recently, and having our new parent company's massive resources to draw on will be a big help in this department. The Disney® team have some brilliant ideas which they'll be implementing very soon after the process is complete. Together, we're going to transform Dead Frontier from a small niche title into something that can be enjoyed by a much larger audience.

Here is a list of planned features:
This is just a tiny slice of all the cool new features to come. I'm sure Disney® will come up with even more cool stuff like this over the course of the next couple of years. Stay tuned!
P.S April fool :D
Posted by AdminPwn at 00:53