To celebrate Christmas 2012 we've just released a new Limited Edition heavy machine gun. The Corpse Destroyer is the 2nd most powerful HMG in the game (next to the GAU-19), and will only be available until December 31st so get it while you still can! 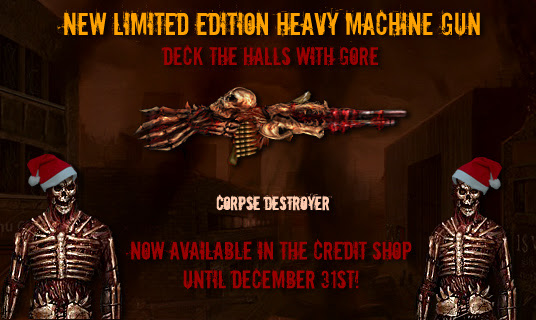 Check it out in the Credit Shop:
http://bit.ly/frN5dD
Posted by AdminPwn at 04:06


For the next few days I'm going to be working on adding another 20 Fort Pastor missions. Once that's complete my aim is then to move on to the multi-player overhaul I mentioned a while ago.