As you probably know, we recently released Dead Frontier: Outbreak 2 (http://www.newgrounds.com/portal/view/530338). Unfortunately finishing this game took a lot longer than I expected and ultimately prevented me from making serious progress on DF 3D over the past few weeks.
Whilst DF: Outbreak has generated a lot of new players I've decided that I will not be working on a 3rd part until after DF 3D is finished as I don't want the project pushed back any further.
Taking all of this into account I've revised my schedule as follows:
March:
Exterior Scene Generation
April:
Player Handling
Basic Enemies
*two week holiday in russia*
May:
Server Communication
Advanced Enemies
*demo 2*
June:
Multiplayer
HUD
Menus
July:
Interior Scene Generation
Barricading
OAs
Missions
*final release*
We're now looking at final release towards the end of July. I'm sure this will be bit of a disappointment for some of you, but looking back at my previous schedule it was never going to be realistic due to the other tasks I had to work on at the start of the year. Fingers crossed, I shouldn't have anything else to take me away from DF 3D for the next 6 months, so things shouldn't get pushed back any further.
I'll leave you with some pictures of the enemy models: 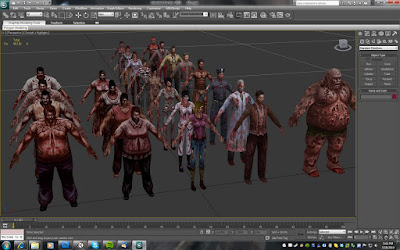 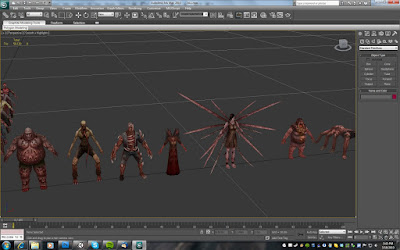 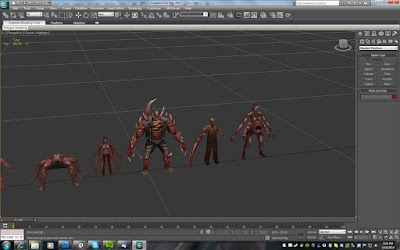